I was born and raised in Toronto in a family of artists and was surrounded by oil painters and oil paintings.

After some training by an older brother, I started painting using the impressionist style influenced by the Canadian Group of Seven and Tom Thomson for many of my works.

Much of my work now involves painting local scenes on canvases ranging from as small as 6" x 8" to larger 36" to 48" pieces on gallery canvases.

I enjoy doing commissioned work from client's photographs of their homes, cottages or favorite vacation spots.

I am now located in Waterloo, Ontario, Canada.

My Past Displays and Exhibits

January 2012. Milton Centre for the Arts.

My Current Displays and Exhibitions

My Upcoming Displays and Exhibits

I am a member of or support the following Art Groups.

Welcome! I paint original impressionist landscape oil paintings of God's wonderful creation in and around Ontario, Canada. Please take some time and browse my fine art oil painting galleries and if you are interested in any of my paintings or want a commissioned oil painting done, please let me know using my Contact Info.

All prices shown are in Canadian dollars ($CDN) and include all taxes but not shipping or handling (FOB Ottawa, Ontario, Canada).

+ Established in Waterloo since 2019 and am now painting again. It is challenging to use a spare room in our apartment as a studio though.

+ My new pieces will be included on my 'New Paintings' page and in my gallery on this site. 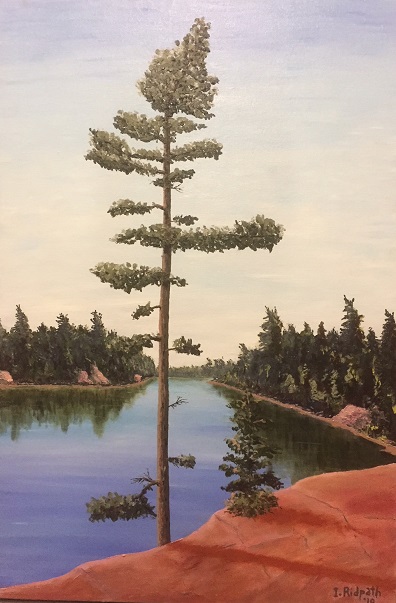 For my latest information and updates
please follow me on: